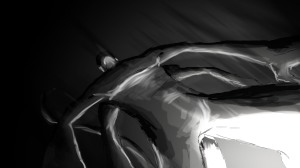 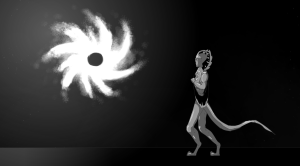 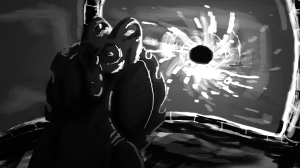 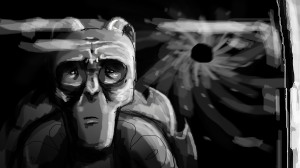 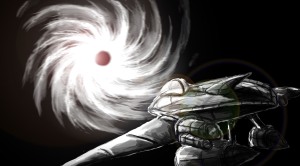 I tried this tonal exercise that Conann showed us. By scribbling in black and white on the background and then framing six areas and trying to see an image in each panel. I guess maybe it’s because I was watching this

1. A weird below angle of an eel swimming across the surface of a pond or river. with some weeds growing from the riverbed.

2. A close up of a dinosaur or dragon’s eye.

3. A shot of a river with a tree or old castle on the left

4. A dramatic shot of an owl flying.

6. Someone reaching into a dimly lit pool of water. 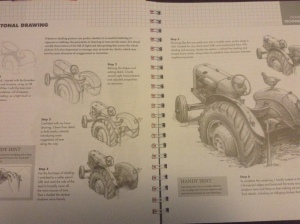 These pages are all from the book “The Ultimate Drawing Workbook” by Barrington Barber and Peter Grey.

They provided some really helpful tips on how to use tone in a drawing as well and using perspective.

The Rule of Thirds:

The rule of thirds is applied by aligning a subject with the guide lines and their intersection points, placing the horizon on the top or bottom line, or allowing linear features in the image to flow from section to section. [citation, from Wikipedia]

Generally we find that aligning the focus/important subjects of an image to the meeting points of the lines make the final image appear a lot more interesting a pleasing to the eye. Below are some of my drawings from the project: 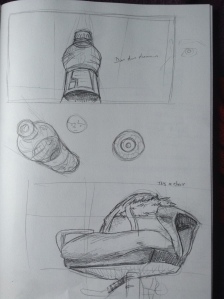 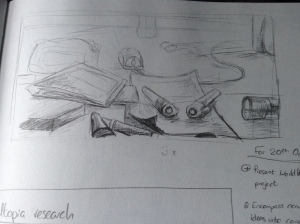 The angle of the shot will always intensify the drama of a scene. The chair when viewed from below looks imposing and powerful while the bottle when viewed from above appears weak and tiny. When comparing those to extremes to the top image of a bottle viewed head-on it appears rather dull and mundane.

The second image introduces us to the application of tone with perspective. The darker shades indicate that the object is close to us while the softer and lighter greys make the object appear further away. 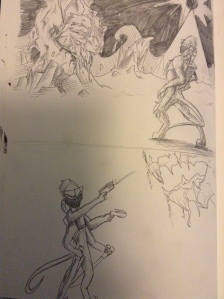 These are some concept drawings of the aliens who live around the Black Hole, nicknamed Scavengers or Scavs until further notice. They are super intelligent beings and the last known sentient race in the universe. They live around the Black Hole harvesting its gravitational energy to power their space station. They travel across the Event Horizon to explore Utopia and find a new place to live before the universe collapses entirely.

This made us think about another civilisation outside of the Black Hole (so there’s two worlds beside and beyond the event horizon). The civilisation would be the last in the universe and the only way to power their space station is to harness the gravitational energy created by the Black Hole. These creatures are in search of a Utopia and decide to send scouting missions beyond the event horizon to see if there is a change of finding a new home beyond the universe.

The Doctor Who episodes “The Impossible Planet” and “The Doctor’s Wife” also influenced our idea.

“The Impossible Planet” is an episode that takes place on a dwarf planet that is strangely orbiting a Black Hole without falling into it’s gravitational pull (this was actually caused by Satan doing some weird space shit but we’ll ignore that). This made us think about how the civilians living in the Space Station around the Black Hole would survive. They could maybe have super powerful engines on their spacecraft that can withstand the pull of the event horizon.

“The Doctor’s Wife” takes place on a planet outside the universe and is essentially a giant dumping ground for any space junk floating around the place. The planet is made of giant derelict spacecraft, bits of old machinery and tonnes and tonnes of dead organic matter. The inhabitants of the planet (as seen in the picture above) are made out of “space parts”. They replace any part of them that falls ill with anything they can find. This was the inspiration for the mash-up of creatures on Utopia (which is what we’ve named the world beyond the event horizon).

THE BLACK HOLE WORLD: BEYOND THE EVENT HORIZON

Trying to stay true to the first team’s garbage world we tried to think of many ways to carry on the theme of an intergalactic dump without being too pedestrian. I came up with the idea of using a Black Hole as the focal point of our world, as Black Holes are essentially an extremely dense mash-up of everything and anything that gets pulled into it. As we have no idea and have no way of finding out what happens once everything gets pulled into a Black Hole, we invented a scenario whereby when everything that gets sucked into the Event Horizon (the black circular bit of the black hole, if you will) merges into the point of singularity (when all the matter is compressed into one super-dense volume) it is merged together into the oddest combinations. The part we invented was what happens next: when all the matter that falls and is compressed in the black hole expands again on the other side, Beyond the Event Horizon. 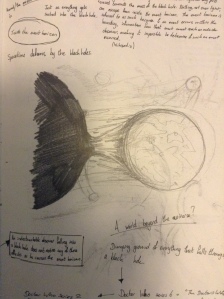 Everything that falls into the Black Hole – planets, suns, life – merges into strange combinations of the lot, creating mountains of foam and spaceships, leopards made of fire and bicycles, skyscrapers made from a turtle and bats wings. Everything odd and wonderful. 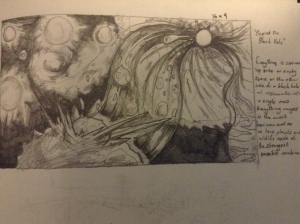 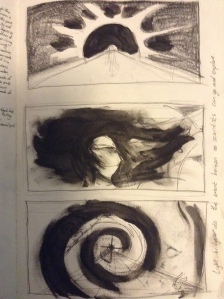 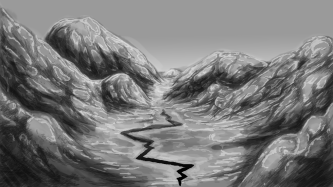 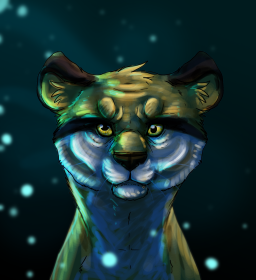 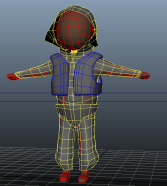 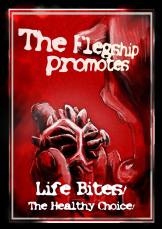 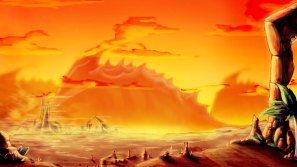 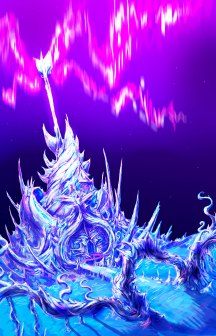 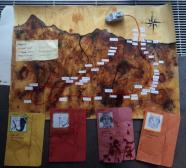 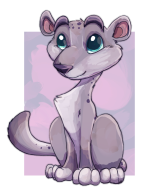